Don't compromise your needs to the Hotel! 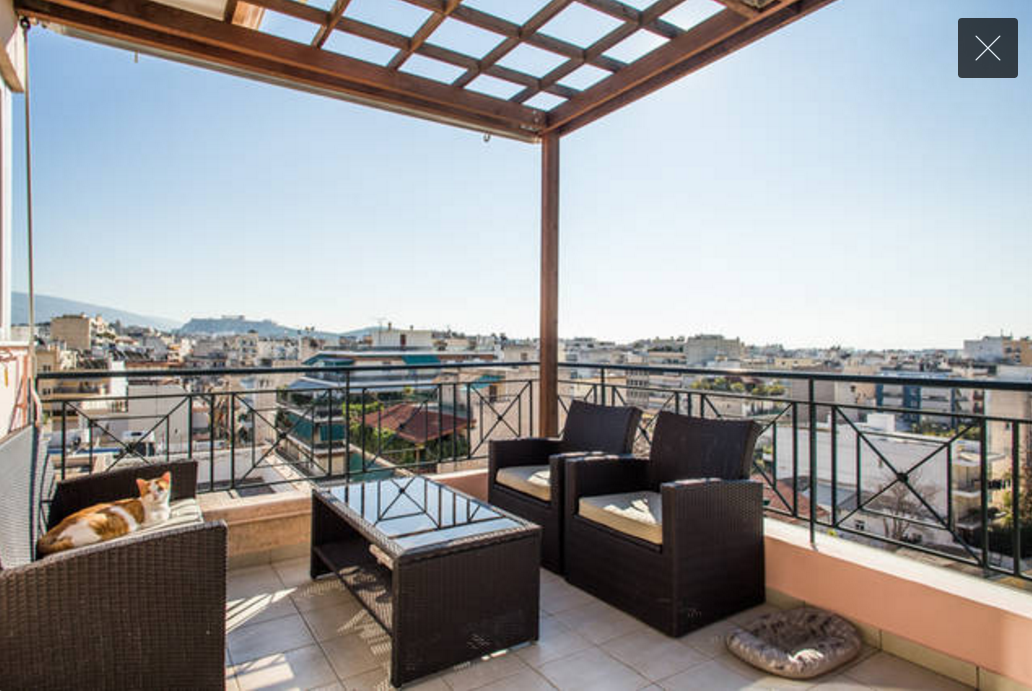 Enjoy a spacious apartment for your holiday!

Sleep in a real bedroom!

A man travels the world over in search of what he needs and returns home to find it.

The Acropolis of Athens (Ancient Greek: Ἀκρόπολις, tr. Akrópolis;[1] Greek: Ακρόπολη Αθηνών, tr. Akrópoli Athenón [aˈkropoli aθiˈnon]) is an ancient citadel located on a rocky outcrop above the city of Athens and contains the remains of several ancient buildings of great architectural and historic significance, the most famous being the Parthenon. The word acropolis is from the Greek words ἄκρον (akron, "highest point, extremity") and πόλις (polis, "city").[2] Although the term acropolis is generic and there are many other acropoleis in Greece, the significance of the Acropolis of Athens is such that it is commonly known as "The Acropolis" without qualification. During ancient times it was known also more properly as Cecropia, after the legendary serpent-man, Cecrops, the first Athenian king.

While there is evidence that the hill was inhabited as far back as the fourth millennium BC, it was Pericles (c. 495 – 429 BC) in the fifth century BC who coordinated the construction of the site's most important present remains including the Parthenon, the Propylaia, the Erechtheion and the Temple of Athena Nike.[3][4] The Parthenon and the other

Lively Monastiraki is known for iconic landmarks including the ruins of Hadrian’s Library, the Ancient Agora and the rebuilt Stoa of Attalos, with a museum exhibiting Athenian artifacts. Monastiraki Flea Market is a jumble of shops selling artisanal soaps, handmade sandals and souvenir T-shirts. The surrounding streets are crammed with traditional tavernas and restaurants, many with Acropolis views.

Take a day cruise from Athens to the fabulous Greek islands of , Poros and Aegina for a relaxing day on the sea. With all your transport, transfers and buffet lunch organized, you can sit back and enjoy your leisurely day cruise with free time on each island to explore. After transferring from Athens to the port by motor coach, you'll set sail for the island of , where you'll have free time for strolling and shopping

“Excellent view from above!! Nice and kind personnel. Always answered our questions about Athens city. The kids were surprised and loved the tour!! We will definitely have a tour again!!!”

“Got this bus tour as part of a city pass deal, and found it very useful, I found the staff friendly, helpful and courteous, even stopping to pick us up when we got the location of a stop wrong, two days and three routes with the central hub being the Acropolis was perfect for us as we were in the city for three days. All the buses were clean and at 15 minute frequency more common than I have found in other cities."

“We've been to Athens before, but, this time really wanted to just take it all in and see as much as we could - but we were tired after a month of travelling! So, we booked tickets for Athens Open Tour and it was great! We covered a couple of the lines fully, and enjoyed the beautiful day and scenery with some shopping in b